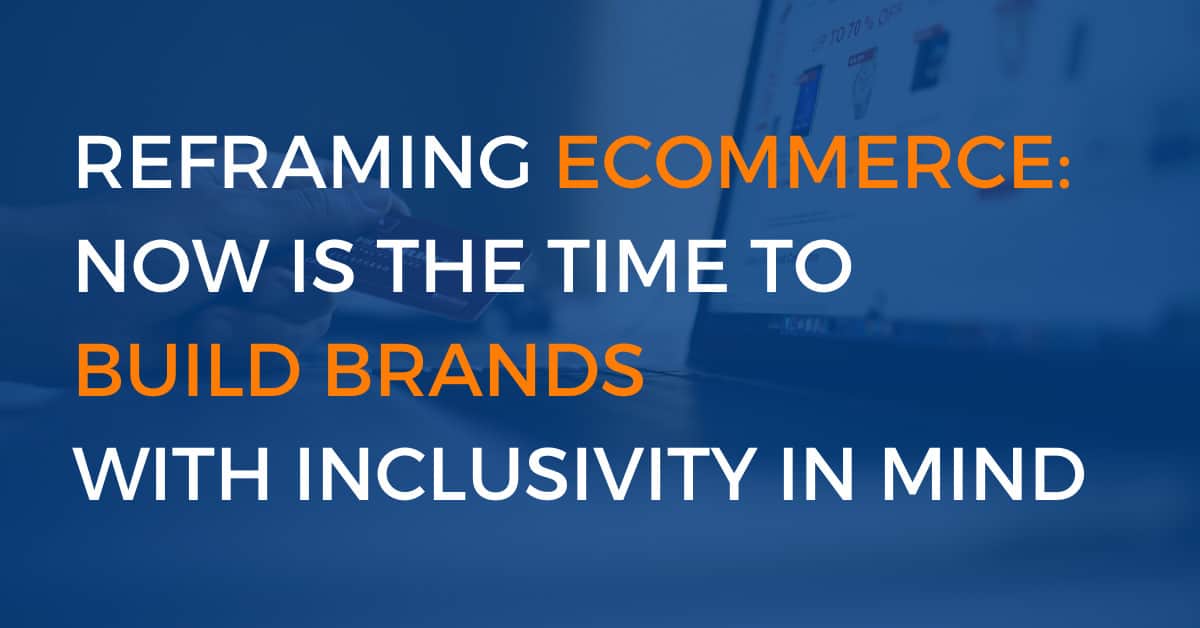 Reframing eCommerce: Now Is the Time to Build Brands with Inclusivity in Mind

The Census projects white Americans will be the minority of the population by 2045 and this isn’t a statistic designed to shock. It’s one which should immediately make us think about how inclusive our businesses are and whether we are doing enough to be representative of the true demographics of our potential audience and customer base. In eCommerce it is easy to hide behind the screen and allow unconscious bias and racism slip into your design, branding and business practices, but in the long run you will lose out and your customer base will dwindle.

Understanding unconscious bias and unconscious racism is the first step but once you’ve got an understanding, it is vital you actively look for ways to create an inclusive brand identity and ensure your eCommerce efforts are designed with race in mind.

An August 2020 survey by the Pew Research Center found over 52% of American adults feel brands should be addressing racism concerns in society, and be actively finding ways to be inclusive and avoid unconscious racism in their branding, product promotion, and all other areas of business. When brands get it wrong, such as this disastrous Gap campaign, it can have a long-lasting impact on their reputation. Inclusivity has become more and more important and as the above research suggests it is becoming an expectation of the average customer, not an afterthought.

The importance of inclusivity isn’t something we should really question. From the perspective of being a moral being, we should want to be as inclusive as possible to all. It is also important from a business perspective as the Diversity Matters report by McKinsey found, race-inclusive eCommerce companies achieve 35% more in financial returns above the national industry median than other companies. Of course, we should want to be inclusive and create online spaces and stores which welcome all, but it does bring monetary reward, too.
Whether an established and historic brand or a new startup, inclusivity should be factored into all elements of your eCommerce setup, from design to marketing to artwork and promotional material.

To avoid unconscious bias, especially in a race-related sense, within your eCommerce setup, it’s important to understand how biases are defined. Biases can simply be explained as the rules of thumb used to make everyday decisions. They are often characterized by assumption rather than fact and they can be conscious and unconscious. For example:

Bias is often linked to stereotyping which is why it is important we make consistent effort not to simply believe in the first, biased view that may come to mind and consistently question ourselves in line with inclusivity promises and expectations.

Technology should be a tool for good but when it comes to racial bias and other biases such as those relating to disability, it can be a real hindrance. Facial recognition technology has been found to aid racial profiling and this is often due to the bulk of it being built by and trained on young white males. This ensures it’s effective for this population, but not the wider world.

A study by the National Institute of Standards and Technology found Asian and African American people were up to 100 times more likely to be misidentified than white men, with Native Americans having the highest false-positive rating of all ethnicities. There have been cases where people have been arrested for crimes they didn’t commit due to facial recognition and this is where technology is failing us. Artificial intelligence and machine learning have their place in many elements of the modern marketplace but the way they are designed and the algorithms they run along cannot be true to reality and lead to an additional unconscious bias, against people of different ethnicities.

Unconscious bias is defined by Renee Navarro, Vice-Chancellor University of California, as “social stereotypes about certain groups of people that individuals form outside their conscious awareness.”
Blanton and Jaccard (2008) note that it is a common claim in modern societies to show unconscious racism towards minority groups, even though there is little evidence to support that people are deliberately posing racist attitudes in such conditions.

Recent examples of brands unconscious racism coming into play include Pepsi’s Kendall Jenner campaign and Dove’s shocking campaign which saw a black woman transform into a white woman after using their products. Companies always apologize after such gaffes and claim their aim was to increase inclusivity, but this seems far from the reality.

When looking online at eCommerce stores, advertising platforms and other spaces brands use to spread their message, there are many examples of unconscious bias. Facebook’s advertising policies have been called out in the past for promoting gender and racial segregation for product targeting and this profiling is a common factor in many online platforms, something which needs to change.

The media and large brands play a key role in influencing biases. If we are bombarded with images of a certain type of person and negative connotations, in time we will be convinced of this stereotype, for example when many people hear the word “terrorist” the image conjured is of a Muslim man, because this is the main depiction in common media. We need to do what we can to counteract such biases on our platforms and create inclusive brands which appeal to wider than just our own singular demographic.

The first step in fighting bias against racism is to take into account the thoughts, feelings and practical steps for change from those people you’re trying to include. As the Twitter discussion below shows, there is no point trying to be inclusive yet still ignoring the voices of the people who need to be listened to:

If you want to represent a diverse demographic of people, you need to hire and listen to a diverse group of people. The days of the exclusive focus group are over. This traditional market research tool could even be an indirect contributory factor to some of the socio-cultural stereotypes in the retail work. Focus groups rely upon segmenting people into set groups, analyzing behaviors out of context and a sense of systemic generalization. Utilizing big data and the huge mines of information we have in the modern retail world is only useful if there are proactive people looking at the data in a relevant way, not in generalized segments.
There are some other key steps any eCommerce brand can put in place to encourage a more inclusive image and ethos.

Think Before you Select Stock Images

When you search a free or paid stock image catalog it is very easy to just take the first image which matches your keywords. However, if you do this, you’ll soon find your website and any other online products are packed with the same generic “white” images without any diversity, color or a sense of anything but the most traditional roles in terms of gender and sexuality. 61% of Americans find diversity in advertising important and so regardless of whether the visitor to your website identifies as a minority or not, you need to show your diversity.

It’s worth also noting that LGBTQ+ consumers have a spending power of $4.6 trillion and are often invisible or hugely underrepresented in eCommerce advertising, storefronts and in their social and shared content.

Cast your Net Wide for Models

Consumers want to see models who look like them. Fashion magazines and catwalks are the only place people really want to see the ideal body shape these days and when it comes to your standard eCommerce store, your consumer wants to see people like themselves using your product. This means stepping away from the classic straight white female, 2.4 children image and look more diversely. Consider plus-sized models, people of different ethnicities and not-quite-so nuclear families. Promoting real-life imagery during busy periods such as Black Friday and big ticket holidays will ring true with the consumer and translate to an uptick in sales.

Striving for Inclusivity in eCommerce

Companies need to take into account people from all demographics if they are committed to becoming a truly inclusive brand. eCommerce brands need to shape their websites, online presence and all online activity with an inclusive mindset. This means accessibility for people with disabilities as well as representation and diversity in advertising, product design and more. Some actionable steps for eCommerce brands looking to position themselves as a diverse brand include:

A First Insight consumer study found that if a retailer launched offensive merchandise then 55% women would no longer shop with them for some time as well as 41% of men. A further industry report by Accenture found that 60% of shoppers expect brands to have a voice regarding important issues and 55% of consumers would stop shopping if a brand didn’t take responsibility for neglecting diversity. The risks to your business are palpable if you do not commit to inclusive marketing and branding of your eCommerce business.

The benefits of an inclusive approach also include:

Diverse workforce and therefore a diverse and inclusive approach to the running of your eCommerce business leads to higher levels of customer engagement, as more customers feel you are speaking directly to them.

Services and products which cause offense, show unconscious bias or simply aren’t representative of your customer base are much more likely to elicit negative reviews. You want your reviews on Amazon, your own website and other platforms to be a positive reflection of your business and if you are seen to be non-inclusive and even discriminatory, the reviews are bound to reflect this.

As already mentioned, real life models really can make a difference. Many products are returned because they do not look like the images displayed on an eCommerce website. If shoppers see products worn or used by people of different shapes, sizes and ethnicities, they can get a better feel for how they may be in real life.

There have been hundreds of lawsuits brought against eCommerce stores due to accessibility issues with their websites and others have taken stores to court due to lack of inclusivity for African Americans. Domino’s Pizza found themselves in serious trouble due to their website being inaccessible to a blind customer and while avoiding legal disputes should not be the driver behind your inclusivity, it is a welcome side effect.

In eCommerce you must proactively show your commitment to inclusivity and avoiding unconscious bias. Practical steps like diverse photoshoots, real-life models and building a diverse team who can advise and teach you how to widen representation and be more inclusive. Unlike bricks-and-mortar businesses, in eCommerce your online presence truly is everything so you need to actively show your commitment to inclusivity through every aspect of this, with tone of voice on point across all social media, a fully accessible and diversely designed website and all communications.
If you have concerns about the inclusivity of your brand, then a full audit is the best place to start. Ensuring you utilize the diverse expertise within your team to get a full picture of whether you are positioning your business as inclusive. If not, keep all the steps mentioned here in mind when redefining and improving your brand. 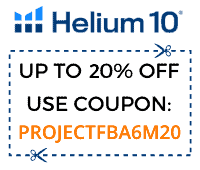 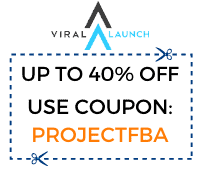 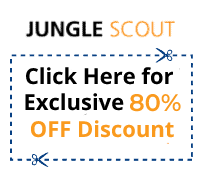